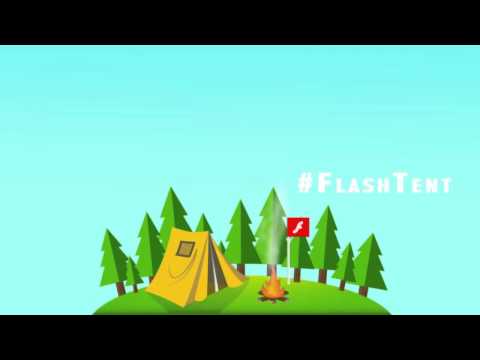 Quick Sneak Peek
AIR For Mobile & haXe with FDT Free is our session recorded on at the Flash Tent given by Alan Klemont. He is the head PM at fdt(current version is FDT 5). Alan in this very hands on sesion will show case to use some of the easy and cool ways to work with FDT by buildng a quick mobile AIR applicaiton and deploying it and show case one of the cool new features of fdt 5 the support for HaXe. Don't know what HaXe is? well don't worry i didn't as well before being in this session. As technology evolves, so does FDT. With version 5, the FDT team added new editing features such as advanced refactoring,Mobile and haXe support. In this hour Alan Klement will explore the features of FDT 5 and explain to us what HaXe is and why we should check it out.

FDT 5 is a flexible development toolkit in Eclipse for interactive developers. It's made with passion for expert Flash and Flex coding, innovative mobile development and versatile HTML5 / JavaScript / WebGL / PHP programming with haXe. Create your applications in FDT and efficiently target multiple platforms.

HaXe (pronounced hex) is a universal/versatile open-source high-level multiplatform programming language. It can deploy(publish) to flash applications, CGI, mobile applications and more. The goal of HaXe is to be an easy central language to enable developer to develop into many platforms using one unified language. HaXeHaXe has the ability to target different virtual machines supported on a plethora of OS's and devices, as well as the ability to translate the code from a haXe program into different source-code languages. This strategy of "compiling" to multiple source code languages greatly extends its ability to realize the write-once, deploy-everywhere paradigm when compared to compilers that compile directly to different operating systems.